In the fall of 1956, Rev. Martin Luther King Jr. gave a speech and asked his audience to imagine that the Apostle Paul had penned an epistle to American Christians just as he had done nineteen hundred years before to believers in Rome, Galatia, and Colossae.

What would he say? Since the apostle usually wrote to encourage and convict, what faults might he seek to correct?

According to the imaginary letter that King presented, Paul took particular offense at disunity in the church, including racial division. “You have a white church and you have a Negro church,” he said. “How can such a division exist in the true Body of Christ?” Such divisions are “against everything that the Christian religion stands for.”

One need only consult Paul’s real epistles—Romans, Galatians, and Colossians—to see what King is getting at. Consider this from Colossians 3:9-11: “[Y]ou have put off the old self with its practices and put on the new self, which is being renewed in knowledge after the image of its creator. Here there is not Greek and Jew, circumcised and uncircumcised, barbarian, Scythian, slave, free; but Christ is all, and in all.”

Basic Christian doctrine teaches that humans are made in the image and likeness of God. We are all living icons of Christ. While that image was defaced in the Fall and damaged by sin, it is still a fact of our nature, and in Christ this image is “being renewed,” as Paul said.

Communion with both God and our fellow man was sundered in the Fall. Fratricide followed our expulsion from the Garden, and every kind of hatred and division came with it. But as our nature is restored, our communion is reestablished with God as well as man. Ethnic distinctions need no longer divide because “Christ is all, and in all.”

Racism is “against everything that the Christian religion stands for,” as King said, because the Christian faith is about elevating man’s fallen nature and restoring divine and human communion. But racism refuses to see the image of God in another. “The segregator relegates the segregated to the status of a thing,” said King, “rather than elevate him to the status of a person.” The racist does not see Christ in all, only in himself, and it is a false Christ. As a result, the racist misses the grace and goodness that God gives because it manifests in people and communities he spurns.

Martin Luther King Jr. taught one basic fact: that we should esteem all of God’s children regardless of color, that we should honor God’s image wherever and in whomever we find it. As we uphold King’s memory today we should view his task as incomplete as long as we devalue, obscure, or ignore the image in others.

If we cannot see Christ in all, then we will not see Christ at all. King said as much in his close of Paul’s imaginary letter to American Christians: “As John says, ‘God is love’ (1 John 4:8). He who loves is a participant in the being of God. He who hates does not know God.”

Read a terrific article tonight on Christian love compared to romantic love. Feeling really blessed by it and wanting to share:

Love is not a feeling, it's a choice….

Now the man Moses was very meek, above all the men which were upon the face of the earth. It is no surprise at the attacks on this man of God as if he was irrelevant or non- existent.

This is the sum of the tabernacle, even of the tabernacle of testimony, as it was counted, according to the commandment of Moses, for the service of the Levites, by the hand of Ithamar, son to Aaron the priest. And Bezaleel the son of Uri, the son of Hur, of the tribe of Judah, made all that the LORD commanded Moses. And with him was Aholiab, son of Ahisamach, of the tribe of Dan, an engraver, and a cunning workman, and an embroiderer in blue, and in purple, and in scarlet, and fine linen.

When the arch-enemy of God came along with a whisper in the garden of delight, the existence…

Inspiring story for the day. Hope reading it blesses you.

From the time inside the womb, he attended the Santa Monica Foursquare Church – now called the Lighthouse – 80 years ago.

After a long absence from his native congregation where he grew up in love with the brass band, Duane Howard, 80, returned to see IF the church of his infancy was razed and converted into condos. It wasn’t.

He found a thriving congregation that received him with great enthusiasm as he played his trumpet, injecting an intoxicating jazz and blues undertone to worship service.

“I was absolutely convinced that the church wasn’t there anymore,” Howard said. “I’ve come full circle.”

In eight decades, a lot of life has brought upheavals, travels, ambitions, scares, heartbreaks. He did ministry, had three kids, lost two marriages, ran businesses and built a dream ranch house. In 2000, he underwent a quadruple bypass heart surgery in Chico, California. Read the rest of the…

Let’s take a look at what the Bible says about warfare in general. Actually, it says quite a lot. The words “war” and “battle” are found over 350 times in the Old Testament. We find God commanding war many times. In 2 Samuel 22:35, David says the Lord taught him to fight. In Joshua 3:9-10, God commands Joshua to conquer the Canaanites. In Exodus 15:3, God is called “a warrior” after defeating the Egyptian army. In many places in Scripture, the Lord uses warfare as an instrument of judgment against sinful nations (e.g., Numbers 31:1-24).

What we learn from such passages is that war is necessary at times. When the Philistines took up arms against Israel in 1 Samuel 17:1, Israel had to either fight a necessary war or capitulate to the enemy. The same was true in 1938 when the Germans marched into Austria. While war is terrible, there is nothing inherently evil with it per se. In a fallen world, war is inevitable (Luke 21:9-10).

However, the Bible does not condone war indiscriminately. Most of the scriptures we’ve cited so far have dealt with Israel in the Old Testament. To establish Israel in the Promised Land, war was necessary. At the same time, God used Israel militarily to judge the idolatrous nations of Canaan (Deuteronomy 18:12).

The Christian’s battle is spiritual (Ephesians 6:12; 2 Corinthians 10:4). This means, among other things, that God’s people do not use physical means to coerce people into God’s Kingdom. However, does the Christian emphasis on a spiritual war mean that physical warfare between nations is always avoidable? Do we allow aggression to go unchecked? Should we ignore hostility and injustice? No, there is a place today for a just war.

A just (or justified) war is one that is waged on behalf of justice. The goal of a just war is peace. Romans 13:1-5 gives us the God-ordained role of government in society:

Just like the shepherd’s job is to protect the sheep from wolves, it’s the government’s job to protect its citizens from aggression.

Again, we make no attempt to justify war in general. There is no way to mitigate the horror and tragedy that war brings. But we do recognize that, at times, war can be justified. We list the following six guidelines to bring war under the rule of justice:

2) There must be just intention. The goal is peace and safety for all involved. The desire for ideological supremacy, geographical expansion, or economic gain does not justify a war.

3) War must be the last resort after all other methods to resolve the conflict have failed.

4) There must be a formal declaration of war. This shows that it is the government taking action on behalf of its citizenry.

5) Proportionate means are used. Weaponry and use of force must be limited to what is necessary to repel the attack and prevent future aggression. Unlimited war is wrong.

6) Noncombatant immunity. Individuals not actively involved in the conflict, including POWs and casualties, should be immune from attack.

So, what about the war against the terrorists in Iraq? We believe that it is a just war insofar as the United States and its allies are protecting its citizens and following the six guidelines, above. May we be faithful to pray for our country’s leaders and for true wisdom in these dangerous times (1 Timothy 2:1-2). And may the Lord quickly fulfill His promise to bring to an end all war forever (Isaiah 2:1-4).

A timely reminder from Eliza on what truly brings light to the world…apologetics may open the door to faith but it is the Word of God alone that convicts souls and saves.

The Lord promised to bless those who stand with Israel, and He never breaks His word:

What is puzzling is how anybody could find fault with Israel’s concern about a neighboring country’s  desire to exterminate their people. Who with a straight face could side with Iran? Unfortunately there are many, thus a needed visit to the U.S. by a man with a steely resolve, similar to the mettle of Golda Meir, to sound the warning bell of an impending crisis.

Israel’s prime minister, Mr. Benjamin  Netanyahu,  appeared before a joint session of Congress on March 3, 2015, and pretty much pleaded with the United States to recognize the seriousness of Iran’s hopes to finish what Queen Esther prevented: the eradication of the Jewish people. 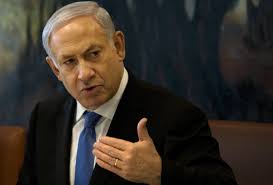 That’s right, the true Israeli statesman invoked the history of the Persians to prove that some things never change. For those who may not know,  Esther’s (Hadassah) cousin Mordecai, of the tribe of Benjamin by the way,  sent this word to Esther when…

How to Beat Depression & Anxiety
Grain of Wheat

Learning To Be Full Of Grace And Truth.

Encouraging others to live out God's call in their lives.

Food for the Soul

Be not overcome of evil, but overcome evil with good.

To God Be The Glory!

The Domain for Truth
kindergartenknowledge.com

ALL ABOUT LIFE BEYOND KINDERGARTEN! Kindergarten is the basic building block for all future learning. It is true that everything you need to know in life was really learned in Kindergarten. The trick is to remember what you learned when you were five or six. What you liked then will most likely be something you will like now. So be true to yourself and who you really are and who you will really be. Look back and you just may find your true self! Yes...this blog is about a variety of topics...because we are all a smorgasbord of thoughts and ideas.

My Heart is for Israel

My Goal Is to Introduce My Jewish Neighbors to Their Messiah and My Christian Neighbors to the Jewish Roots of Their Faith.