This article is from notes I made while listening to Stuart Burgess’s DVD “Inspiration from Creation – how engineers are copying GOD’s designs.” I hope you find the concepts presented as encouraging and uplifting as I did. May the Lord Jesus bless you now and always.

Job 37:14-16 commands us to consider God’s perfect works in creation:

The natural world contains supreme design. It is very humbling to try to copy God’s designs. If evolution were true, engineers should not be copying nature because evolution has far more constraints (the process is step-by-step and changes must have a survival advantage). We can have no redundant beauty or elegance, nor irreducible complexity, in the process of evolution.

Bio-inspiration, on the other hand, confirms biblical creation. To take the example of the knee joint, a project I have been working on for over 20 years for the purposes of robotics and prosthetics, in terms of geometry and dimensions, in terms of concept, your knee joint is brilliantly designed. There is one caveat and that is that death and disease are due to the Fall. Bad joints are not due to bad design but to the curse. 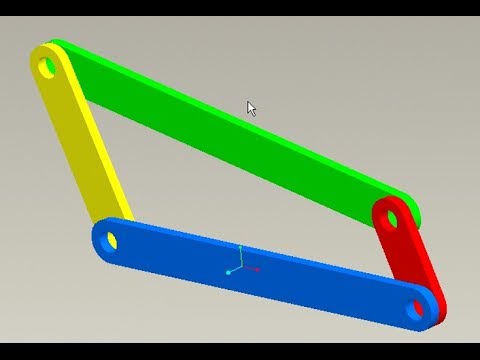 Richard Dawkins is also not qualified in the science of design, though often he assumes the role of an expert. He is a biologist not an engineer.

The existence of a four-bar mechanism in nature gave me two big conclusions:

The message of bio-inspiration:

I don’t just believe in a Creator. I believe the Creator is the Lord Jesus Christ. All things were made through Him. I also believe that He came to this world to save sinners, to seek and save the lost, all those who will come to Him in true faith and repentance. And it is my hope and my prayer that everyone who sees this talk will not just come to believe in a Creator, but come to know the Lord Jesus Christ as their Saviour. Thank you. Amen.

The DVD can be purchased very economically from creationsuperstore.com, costing just $12.99 when I last checked. It runs for approximately 65 minutes and is money very well spent because you will be blessed by it.

A dose of Maternal Love

The World of Lu

Creating a digital heritage while engaging in some quality musings!

Where Fiction Comes to Life

Beyond the Crypts and Castles
Nature,science,health,engineering